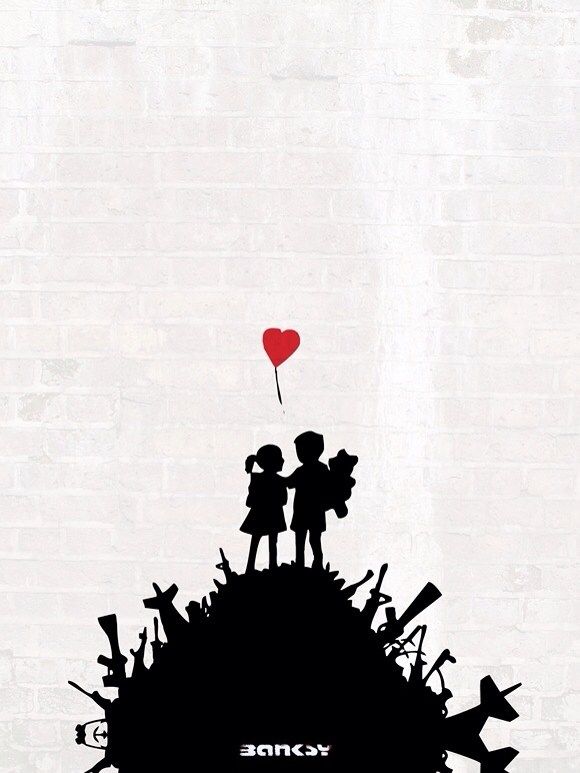 Dystopic Visions from 1984: The World to Come?

Two world wars, an economic depression, the exploitation of the just and equal principles of nineteenth century socialism for tyrannical purposes, and the perversion of the industrial age for the creation of violent war machines and the establishment of a military industrial complex. These are only some of the things that destroyed what George Orwell saw as two millenia of progress and preservation in Western thought. The prominent rise in technology no longer had promising prospects. All other advances which might have been called beautiful or groundbreaking had been used for barbaric purposes. Hope had been transmuted. The past, present, and future were no longer sacred. Despair now reigned free. All this and more is what compelled the writing of Orwell’s masterpiece, 1984, in the last years of his life.

The novel is a powerhouse of theoretical political prophecy and a warning of what new world might be to come. Orwell blends the fanaticism of medieval Christianity with the (easily usurped) ideological socialism that had been thought by many to be the pinnacle of Western philosophy and the ultimate goal of democracy in the years prior to fascism, nazism, and Stalinism, to create a highly oppressive fictional tyranny that controls and monitors every aspect of its citizens’ lives, dispelling and eradicating those it disproves of. But it is not only a novel which grasps portions of the ugly past and present, stitching them together for fearmonger’s sake. For Orwell had such insight that he saw what shape the newly bureaucratic socialism that was deemed safer than that instated by rebellion and revolution might someday take.

We are introduced to Winston Smith, a member of the middle class and employee at the Ministry of Truth, where he must write and rewrite news reels so that they are in constant agreement with whatever the Party’s current stance is. This first part (of three) simply gives us an overview of the society in which he lives, a seeming utopia for those who abide by its rules really, yet to the reader familiar with democracy and libertarian ideals it seems quite strange and oppressive to say the least.

The Party controls it’s citizens through the manipulation of history and censorship, through constant paranoia (a poster with the face of Big Brother, a cult of personality who probably doesn’t even exist in material form, or a telescreen, which are much like our modern cameras at every turn, is always looking them in the face), and through torture and fear. It is so hardwired that pains are taken to even exploit the natural tendencies to question, uprise, harm, and deviate from norms so that even these are in line with the Party’s principles (The best examples being the creation of Goldstein, Big Brother’s counter and speaker of truths, yet nonetheless only a character to win over the trust of those who dissent; the constancy of war for those who are ingrained with hatred and must kill; and the daily “Hate,” an event akin to church mass, in which all frustrations are released while watching video footage of Goldstein and foreign armies). Even children are against their parents thanks to state indoctrination, and an ultimate goal we find out later is to transmute all sexual energy towards parades and the like, while only allowing intercourse once per year for population control. This is Plato’s Republic gone wild (or succeeding, depending on how you look at it).

The most interesting, yet disturbing, control is that through language. Newspeak is an ingenious lingua which disallows any dissenting thoughts simply by the rules upon which it’s built. Though not in effect during the story, it is meant to be the only existing language by 2050. Winston’s co-worker, Syme, even boasts that it is the only human language that is being refined, becoming smaller and smaller in its vocabulary each day. This is the result of a collective system, no single human acting on his own, which like the many headed serpent Hercules must fight in Greek myth, sprouts many new heads every time one falters. There is no true figurehead looking out for the people, only a system, a beastly system, whose sole purpose is to preserve itself.

The system works, but it is a caricature. For only the weak and wretched survive. The unfit, unintelligent, parasitic slobs are the ones who walk the streets safe (to a degree) from the system. Yet, looking around today, 1984 seems to be something of a satire of our own system…

And this is the analysis we often find of this work. But what is forgotten, or left out, is that is also a love story and deep insight into the human condition. Part two takes us away from the utopia where man is so clearly against nature (both his own and the external world’s), through the slums where primal urges begin to come to the surface, and out to the country where an affair between Winston and a co-worker named Julia can safely (again to a degree) occur. This paints a vivid picture of human emotions and the tensions man in nature is bound to have. This is a disintegration of Plato’s utopia (or any socialistic utopia for that matter). In this place there is no one to trust, though trust and trust one will so long as their basic instincts and desires are satisfied.

Yet in the end they are captured (inevitably), betrayed by the man they most trusted. They are imprisoned and tortured for seven odd years, until finally they betray each other, and are again released into the world. They have changed, they no longer wish to rebel, they no longer wish to sneak around, they are pudgy and balding and complacent. Their love now is only for the man they most hate, Big Brother. The system has destroyed them, yet, as a body will do to any harmful bacteria it has pacified within it, allowed them to live (though truly dead they are). And so they return to their dystopia, blinded, to live as rats, contented with misery.

What I couldn’t help but notice throughout the whole of 1984 is its unmistakeable similarities to Ayn Rand’s Atlas Shrugged (also a soft science fiction romance, though mainly seen today as a legitimate economic guidebook and philosophical treatise [it escapes me why, save a few crucial points]), published eight years after. There are the social welfare programs designed to control and manipulate the population rather than help them, the perverse object of creating great super weapons above all else, and the torturous bureaucrats and statesmen who use illogical arguments and the denial of objective principles to confuse and befuddle the masses. There is also the strong religious commentary in each. Both clearly demonstrate the horrors of a society in which people allow others to think for them. Both are concerned with the usurpation of welfare nanny states for tyrannical power trips. Both are terrified at the potential destructiveness of the human being that come with the institution of social bureaucracies.

Of course Rand and Orwell had similar sources (Stalinism, nazism, Jack London’s The Iron Heel, Yevgeny Zamyatin’s We, etc.). Yet it is unmistakeable that their prophecies have come true to a degree (especially in a world where we wage wars that kill thousands for the supposed reason of justice for hundreds, where politicians throw around the word freedom then trample on human rights, and where the debt of our nation is so deep that it can never be paid though the bureaucratic government machine continues to spend, “for the benefit of the people”), and so must be regarded as deeply important insights into what happened before, during, and after WWII, and how their negative outcomes were perceivable and preventable. This is the object of history, and these works clearly demonstrate profoundly an understanding of the course of man, and yet their cautions were not and have not been heeded.

What strikes me most is the differences in Orwell and Rand’s way of handling these topics though. Rand is a staunch supporter of capitalism and sees this to be the answer. It will be the new pagan religion to replace the old monotheistic one, with the industrial entrepreneur rising to the point of godlike so that he may make his own destiny. She is hopeful that paradise will be restored and the strong figurehead of John Galt will be the redeeming and heroic force, that men will live collectively not by force but by trade and agreement. Orwell however remains quite apocryphal as to what the answer is. He is silent on his views towards capitialism (aside from Big Brother’s propagandic juxtaposition of the top-hatted capitalist overseeing his feudal medievalist serfs), and focuses most of his attention on the varying forms of what might be called socialism and each’s respective downfalls. Monotheism remains the dominant religion, though it is transmuted into a nationalistic star controlled idol worship. And there is no redemption in the end, only a continuation of the horrid state we began with (though his appendix says the Party is eventually overthrown by another democratic-socialist movement, but what resolution does this offer? — only more turmoil can come of it).

What we are left with on one end is not quite what the other has in mind. Yet both leave us with some sort of utopia (or vision for it). Orwell though is conflicted. Man for him is naturally possessed by a twisted disposition and so the only true hope, presently at least, is a dystopia. It is a bleak outlook. Let us prove him wrong.