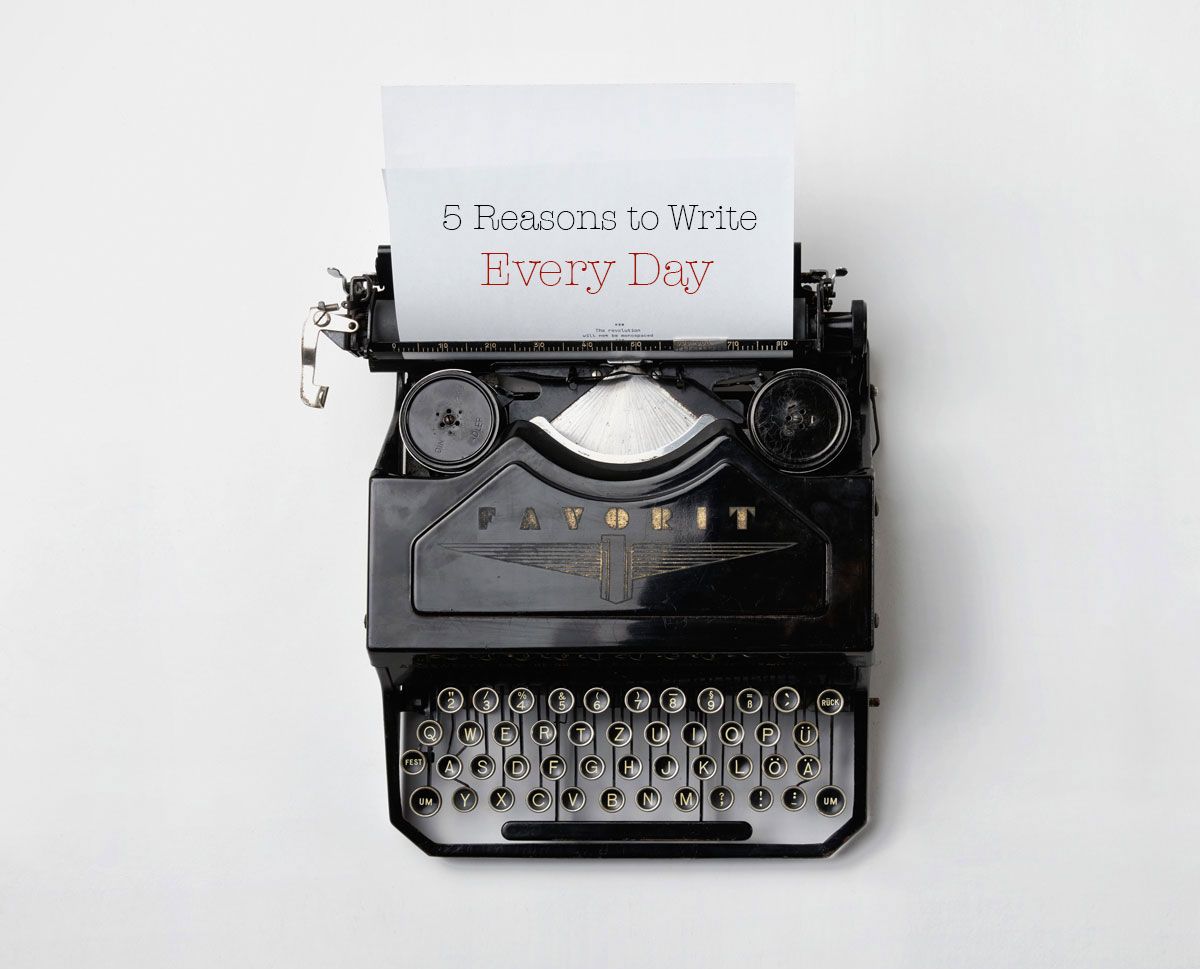 5 Reasons to Write Every Day

Are you the creative type?

When you were a kid, were you creative? I don’t think I’ve ever met a kid who’d pass up an opportunity to draw on the wall or scribble on a piece of paper for hours. It’s human nature that gets sapped out of many of us somewhere down the line.

When I was a kid I loved to draw maps. I don’t know what it was, but I loved to create worlds. I had a big sketch pad that I’d rip pages out of to staple together. I’d take it out every couple months and work on a small section of town.

After about a year I had eight pieces of that paper stapled together, with a highly detailed map scribbled across its pages. In the time between, I’d draw characters I pictured in that world, or build Lego towns mocked after the maps I drew.

In high school and even college I identified myself as a writer. A story teller and world builder, really. That I carried with me.

The problem was I didn’t do too much creative writing. There just wasn’t much incentive.

Do you actually write?

Through those years I kept a journal and knocked around ideas, but I just never did anything with them. I wrote stories or poems here and there, but to me, they were toss away. They were never good enough.

The year I graduated college however, I picked up the pen again. I told myself, if you’re a writer, you write. I started blogging and wrote many first chapters. Finally, I found my voice and (two years later) finished my first novel.

Many creatives — writers, artists, and crafters alike — find themselves in a similar situation. They identify as being a creative without creating. They make excuses and continue to dream, but they never take action.

Eventually I realized that it pained me not to write. It hurt my heart and bones. So I inspired myself. I saw that no one else would, that I shouldn’t expect them to. And so I just did it.

Over the years I’ve learned a lot about myself. Now, reflecting on my motivations for writing, I realize that the craft for me is a spiritual experience. It’s a form of meditation. It’s a cathartic release.

Some people who identify as writers are in it for the prospects of fortune and fame. But those don’t come easy and aren’t good motivations that bear good work.

The 5 reasons I write every day

Everybody’s different, but I don’t think I’d write another day in my life if these five things weren’t true:

These are the reasons I write every day. I’m not always inspired and I don’t always feel supported, but I sit down and do the work nonetheless.