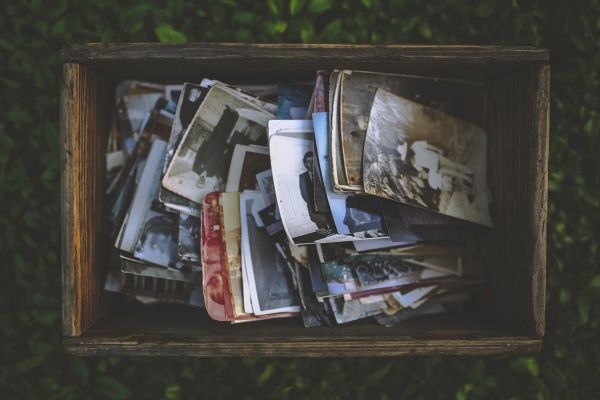 When I was getting serious about writing a few years ago, I thought that if I kept at it, I’d eventually get “discovered.” A lot of authors think this starting out.

We picture ourselves toiling away at our art until suddenly a publisher appears from the shadows and sees the genius. “Ah ha! You’re what the world’s been waiting for!” And poof… we’re the next Steinbeck or Rowling or King.

The problem is that those publishers don’t know we exist. Nor do the readers who will ultimately talk about us and share our work with their friends.

We’ve all got to start somewhere…

Darla McDavid, in her article, “How to get discovered as a writer”, begins by talking about the virtues of writing good work more often and forgetting about promotion. But she ends by saying, “What all new writers can enjoy over numbers is communication — one-on-one interaction with our readers.”

She says we’ve got to make a connection with our readers. That’s the most important thing.

Jane Friedman concludes her article, “Does Talent Eventually Get Discovered?,” with a resounding no, talent doesn’t get discovered. She doesn’t think luck plays a big part either.

For Friedman, a world-class publishing consultant, the only tried and true method for getting discovered is persistence.

I was recently discovered…

A visitor to my website recently signed up as a Beta Reader for my debut novel, The Crossing. I emailed him the book and he replied by telling me that he started reading my work years ago. I was a bit confused. He said he started with “Jesse Dark.”

So I googled “Jesse Dark” and to my surprise there’s an author from some bygone era named Michael Doane. It felt like I was in a Hitchcock movie. This was a case of mistaken identity!

But then I realized: This is one of the few times an author is truly discovered.

I saw this as an opportunity to connect.

I’ve been following Jane’s advice for so long. I’ve been persistent. I’ve been reaching out to influencers and other writers. I’ve been putting a marketing plan in place. I’ve been hustling on social media and researching conferences to attend.

But here it was staring me in the face. My goodness! Luck played a part in all this. By chance I have the same name that some other author had once upon a time. And this person, this reader, found me… discovered me… based on that rare coincidence.

Still, it wasn’t all luck and discovery. I’ve been blogging for years now, getting my articles out there, and making sure I rank well in search engines.

I was discovered precisely because of my persistence.

And now was my chance to follow Darla’s advice and have a one-to-one interaction with a reader. Here’s what I said:

The secret to getting your writing discovered…

I’ve been writing on a daily basis for awhile now.

But writing is only half the battle. I also publish my writing regularly and connect with other writers and readers on social media. Because of this, I’ve been able to build a fairly modest email list and lately I’ve been trying to reach out to these readers more often.

I cherish every single one of those subscribers. In fact, it makes my day when I get responses from readers like the one I mentioned above. That’s why I created a Slack channel for my Beta Readers.

Subscribers like the one above care about words on the page. They care about stories. They want to be entertained.

They’re the ones that will make your book successful. So take Jane’s advice, take Darla’s advice, and take my advice: stop waiting to be discovered, write every day, and most importantly, start getting your work out there and connecting with your readers.

Readers are the ones who are going to make or break you. They’re the ones that ultimately will make your book a success.