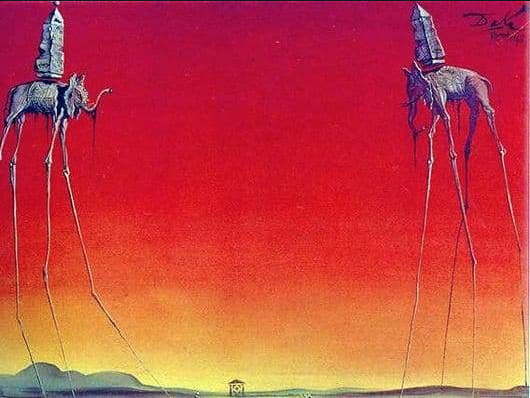 Imagine there was a great beast, say, on the plains of Africa. Imagine this beast roamed the nearly-barren lands. Say there were other beasts like this one, but they had since wasted away in the heat of the sun, or the cold of the night. Imagine this beast, this fragile life.

Imagine the necessity of these cells, these parts to the beast. Imagine what they do. They hold in the organs, the veins, the blood, all that keeps this beast going. They form the beast, they are the beast. See what I’m saying? Jack, the beast is nothing without these parts. Imagine that!

Hold the image in your mind, watch the beast as it treads the plains, as it drinks at watering holes few and far between, as it nibbles on grass here and there. All living bodies are mainly water, Jack. You know that? So, the watering holes, they must be most important.

Anyway, imagine what’s being fed. Not just the belly, but all its parts. That’s what keeps it going, ya know. The water nourishes its belly to hydrate and lubricate all else. Its bones, its skin, its organs, and all the cells within. It wants to live, Jack. It wants to live.

What a fragile life, Jack. Don’t you feel for it? Imagine it can’t find a waterhole. Imagine it can’t feed itself. Imagine the sun too hot, or the night too cold, and no shelter near. What then, Jack? Imagine. The beast dies, Jack, don’t you know.

But imagine something worse for a moment. Imagine there’s a waterhole every five miles. Around each are patches of grass, plenty of grass, Jack, enough to feed a herd. The beast won’t go hungry, no, it won’t go thirsty. And the beast is smart, Jack. It rests during the day under tree shade. There’s plenty of that, Jack. Lucky beast. At night it keeps itself moving, so a deep fire burns inside, so the beast never goes cold.

Imagine that this beast has everything going for it. Wouldn’t that be great? But what if, imagine, Jack, if the threat was internal. What a shame that would be, wouldn’t it?

Well its a possibility, Jack, and I hate to say it, but this beast here, he’s got it. Imagine those cells, imagine how they mutate. They don’t realize it. Sad, but true. They just go on, doing their own thing without a care. Freedom’s great, Jack, nothing wrong with it. In fact, it’s the only way to live, ya know. But with freedom comes big responsibility. That’s what these cells don’t know, Jack.

These cells, they go on reproducing, building their homes in the beast’s marrow, its veins, its skin, its organs. You see, most the parts, if not all the rest, act for themselves too, but they do it with a sort of consideration for all the others. They all want unity and balance. They all want to live, Jack.

What a shame, what a shame. Imagine that. Imagine an organism, a group of little cells, taking down a giant, all for nothing. They don’t even know about it. What a shame.

Imagine, though, imagine that some of the cells saw the damage they were doing. Imagine they tried to tell the other cells. Imagine there was still time to save the beast. Wouldn’t that be great! A simple fix! “Let’s cut it out,” they’d say, “let’s stop before we bring an end to it all!” Or so you’d think.

But it’s not that simple, Jack. For some cells the growth seems too good. Today is all they see, they don’t consider tomorrow. Others don’t know another way. They’re too dependent on the growth. Others just don’t feel responsible. Why fix something you didn’t break? There’s different reasons, Jack. But most can’t stop, most can’t find the strength to go back.

Terrible, terrible fate, Jack. Imagine that. And all for nothing. They got a solution, but they don’t care. They’ll kill themselves, Jack, and the beast too, all for nothing. For convenience maybe, or comfort. But in the end its nothing.

Imagine, Jack, if those cells that warned them, imagine if they continued to educate the other cells. Imagine if the cells came to know what was happening, they saw the evidence, the error of their way, but they still didn’t care. Most just continued business as usual.

I don’t know Jack, but I’d hate to see it come to that.