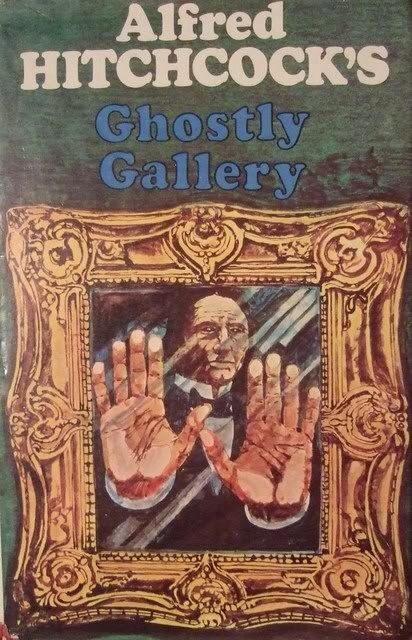 So the Frankenstorm hit and we lost power. Luckily my girlfriend had the above treasure lying around. We lit some candles and, after finishing Roald Dahl’s The Witches in time for Halloween (and in time to watch the Jim Henson production of it once the lights did come back on), read away.

I. “The Isle of Voices” by Robert Louis Stevenson

I must have read Treasure Island ten times as a kid, and Dr. Jekyll, Mr. Hide ten more as a teenager. In those works Stevenson had a way with adventure that, for me, is unmatched. And his dealings with the weird are so methodic and well explained that there is no denying their veracity, at least not while immersed within the story. His language is tough though, even convoluted at times, yet somehow it does not detract. Instead the reader continues to plunder through, searching with anticipation for the treasure that is sure to lie at the end of each magnificient story.

“The Isle of Voices” is no different. It is the story of a Hawaiian local, Keola, who got mixed up with the sorcerer, Kalamake, marrying his daughter and becoming his apprentice. Kalamake is rotten towards Keola, reminding him often that he’s a good for nothing fool. He however continues to bring Keola along on his sojourns to a mysterious island on which he burns the leaves of a sacred palm and transforms seashells into piles of gold.

Keola becomes weary of the abuse, and despite warnings from his wife, decides to blackmail Kalamake. The sorcerer responds favorably, saying that Keola is a smart man afterall. He takes the young man out on a boat one night, saying they will now be equals, but works his magic to grow five hundred times his usual size, smashes the boat upon which Keola still sits, just above a sea bound graveyard where the current is so strong it sucks men under to their deaths, and wades his way back to shore through the depths of the seas.

Luckily Keola is saved by a merchant ship. Unfortunately the mate on this ship is a tyrant and the abuse is greater than anything Keola has experienced. So one night, while passing an uncharted island, the young man jumps ship and swims to shore. There he is welcomed by a tribe and given a wife. After awhile he realizes it is the same island on which the sorcerer works his magic from afar. And worse yet, he realizes that the tribe is canabalistic and that he is not only their guest, but their prepared sacrifice.

He works up a plan, telling the chieftains that the voices they so fear that roam the island may be destroyed if only the sacred palms were cut. The tribe debates what to do and eventually agrees to it. In the process of the ensuing chaos, Keola flees. In the midst of it all, he is somehow saved by his former wife, who used her father’s incantations to reach the island. They leave and return safely home, hoping Kalamake’s resources are so diminished that his magic is now impotent.

Sure there are plotholes, but I didn’t notice them while I was entranced by the language and action of the tale. I was so immersed in this beautifully rich world of magic, a world which felt so real that I knew for a fact I was part of it, that nothing could shake my disbelief into focus. And reading this makes my memory of Disney’s Pirates of the Caribbean series all the more pleasant, for there are many allusions in it to just this one story. It is a short tale which excites the imagination and surely leaves its mark on subsequent literary works. Stevenson is a master and ought not be neglected by any series student of short fiction, nor should he be disregarded by those looking for a cheap thrill.

The story begins with Miss Emmeline losing her home which has been in the family for ages. Her family was one of those families which has been rooted in America since the beginning. Nonetheless Emmeline herself has done little of importance, besides live off the family inheritance to the point of diminishing it.

A local man whose offered her unusually low prices on the house before, buys it for much less than its worth at this opportune time when the lady is in such desperation. Some time after, Miss Emmeline realizes she has left the greatest family heirloom, an unopened chest, which she is highly sentimental over, in the house. She confronts the man and, out of spite, he denies her it, saying it was included in the purchase.

Highly distraught, the woman works up a plan to break in and take it. Her clumsiness once in the attic, where the chest lies, causes her to drop the box, alerting the maids downstairs and causing its contents to spill to the floor. Out of it falls a strange smelling ointment which she rubs on a cut she’s just received. But the ointment does more than cure her, for it makes her light headed, and light bodied, allowing her to float away on a broom stick.

What ensues is the man trying to pin witchcraft on her, which the whole town thinks is mad. In the end he works out a deal with Miss Emmeline to sell him a small portion of the salve for a huge price. She does, but while showing it to an investor, the man uncontrollably floats away. Due to some hiccups in the estate, Miss Emmeline is able to buy her house back with a fraction of the money and store the rest away for safe keeping.

All in all this is a magnificiently humorous story about a woman who learns to fly, and who in the end finishes exactly where she started. I’d never heard of Brooks before reading this, but I’ll certainly have to investigate his work further, for he charms with his clever wit and caricaturizations.

III. “The Youth Who Went Forth to Learn What Fear Was” by the Brothers Grimm trans. Unknown

We all know (the sober versions of) Cinderella, Snow White, and so on thanks to Disney, but many of Grimms’ collected fairytales are unknown by the majority of readers. Nonetheless these stories have taken root in our culture through a variety of other means. This story in particular is seen often in kids’ Halloween specials or in classic horror flicks and it was probably most popularized by Scooby Doo. It is the story of a boy who spends the night in a haunted castle.

But it is not as we’ve come to know it, for there is something much darker about it. The youth in question is a boy whose father is increasingly disappointed with him and whose older brother is good at everything. What this brother picks on most is the fact that the younger does not know how to shudder, for he does not understand fear. He thinks that if he might learn this skill, he will be set for life in a good career, just as his brother is destined for.

So he leaves and time and time again is offered help to solve this dilemma, but time and time again is disappointed and unfulfilled (often after harming or murdering someone or something, or experiencing some gruesome encounter). Through his adventures he comes upon a king who offers to teach him how to shudder, allowing him a stay in the haunted castle of his kingdom, from which no man has returned alive. The boy stays the night and defeats every obstacle with his stupid wit (the boy’s a genius, only he’s too thick to know it!). The king, astonished at this feat, pours riches upon him and allows him to marry his daughter. Despite being more successful than his older brother could have ever been, he still laments that if only he could learn how to shudder he’d be fulfilled.

His new wife becomes angry at this unhappiness and constant complaining so she has a bucket of cold water filled with fish upon him in his sleep. He wakes up shuddering and the story ends with another lament that even though he’s learned what it is to shudder, he still does not understand fear (although I’m guessing his wife’s upcoming wrath might introduce him to it). It is a wonderfully ridiculous story to say the least.

Historically it’s a bit odd. It does nothing to conform to the typical hero’s journey. He has no true helpers, he is oblivious to his trials and tribulations, and he starts as a perfect paragon of virtue, strength, and courage, and yet never grows or learns anything new and worthwhile. Even when his goals are fulfilled, he still complains that they are not. I suppose it is not a story of a hero’s rise, but a fable which warns its readers against whining and complaining without true purpose. I was confused by it really, but still I was entertained.