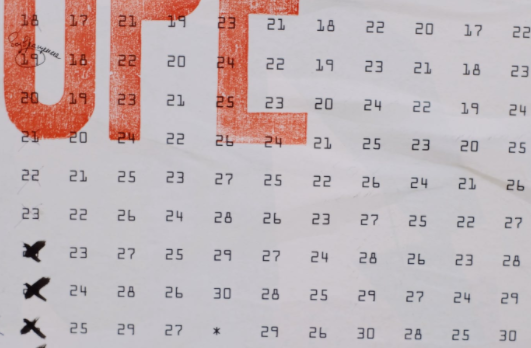 How To Write A Novel In 30 Days or Less

How I Finished the NaNoWriMo Challenge with Time to Spare

Every November thousands of people gather online and in person to try to write a novel in thirty days or less for something called National Novel Writing Month. It may sound like an insane task, but every year hundreds accomplish this goal with the support of a huge community of writers.

This year I decided to give NaNoWriMo a try on a whim. I came up with the idea for my novel on the morning of November first while taking a shower. I had planned to begin querying agents throughout the month of November on behalf of my first novel, The Worst Form of Violence, but I decided putting it off for a month wouldn’t hurt.

I’ve talked about what I’ve learned from writing a novel before, but this was different. With NaNoWriMo there’s a community element, an air of friendly competition and support. There is a clear deadline and everyone’s racing to the finish line together.

I hit 50,000 words, the required amount to be considered a winner, on day 22 and it took me two more days to wrap up the novel. I spent the last six days reading through it and editing.

I came up with my plotline in the shower on the day NaNoWriMo started. I thought of a character, of a motivating force, and outlined the beginning and the ending in my head right then and there.

If I had sat down in the days or weeks prior and tried to outline a story, I probably would have failed miserably. That’s part of the reason it took me two years to write my first novel. I was too hung up on getting all the details perfect.

Perfectionism is a dream that winners’ don’t write down. It’s good to have an idea in mind, but trying to structure every little bit will not allow you to write a novel in thirty days or less. It will get you stuck trying to think of how your characters will get to the next branch of your story’s outline.

Which brings me to my next point…

For NaNoWriMo this year, I didn’t let a structured plot drive my story. Instead I came up with a well-rounded character who had a problem and had to fight to get to the solution.

Hell, I didn’t even let a structured place confine my character. He was a young guy, about twenty years old, whose girlfriend had left him and dropped off the face of the earth. His sole purpose was travelling cross country to find her.

Something like this leaves the possibilities wide open. I got out a road map (literally) and let my character do the driving. When things started to get stale, I threw a new friend or a flat tire his way and let him handle things from there.

Keeping things open like this will give you complete freedom. Writing a novel in thirty days or less is HARD work. Having a strict outline is good if you want the perfect story. But the perfect story will never exists so you might as well take your idea, throw in some great characters with big personalities and valid motivations, and chuck that plot structure.

Your characters will take your story further than you ever could on your own.

Community is one of the single greatest motivators for all human endeavors. NaNoWriMo comes equipped with an awesome community that exists for a short time every year. Take advantage of this.

Writing is by nature a solitary activity. It can get lonely. Feeling like no one’s gonna’ ever read your masterpiece is enough to make anyone quit.

But guess what? There are a couple thousand people on Twitter, Reddit, and about a million other social media sites that are more than willing to cheer you on and give you a pat on the back.

I was on Twitter once a day bragging about my word count. People just responded with, “Hey, awesome job,” and “Keep it up! Almost there!” Same thing on Reddit.

I also tried to gather as many Writing Buddies on NaNoWriMo’s site. They provide some really great stats tools that allowed me to monitor everyone’s progress. I picked a few that I thought would be winners and had a silent competition with them while publicly cheering them on.

You’ve got to do the work to get anything done

As with anything, doing the work is half the battle. You can have the idea, you can visualize the characters, you can spend hours on social media cheering people on and gathering new friends, but if you don’t do the work nothing’s ever gonna’ get done.

The way I got through it was that I ritualized my work. Every morning I’d get up at 5:30am, jump in the shower, then write for thirty minutes before work. I’d get home and sit down for another thirty before my fiancé got home. Then, at night, I’d put aside an hour or two with a cup of tea and my computer.

I also asked my fiancé to support me throughout the month, which she did an awesome job doing. On those days I just didn’t feel like writing, she kicked my butt in gear and got me behind the keyboard.

So make your writing a habit, get a friend or partner to keep you focused, and do the damn work. Plain and simple.

I usually write in iA Writer or Sublime Text, but this year I wanted to give Ulyssess III a try. I thought it would be nice to find a fresh environment free of my pre-conceived attachments, but that still retained the minamilist environment that’s so important to my productivity.

It could’ve gone either way.

Luckily it worked. It was a fantastic environment for writing a novel in thirty days or less and I’d reccomend it a hundred times over to anyone who asked what software they should write their next novel on.

A lot of writers get hung up on making their external writing environment perfect. They need a window, or a basement, or a coffee shop, or music, or silence… the list goes on and on.

I found myself in the perfect silence my basement, at my well-lit kitchen table, at my fiancé’s parents house with the TV blaring, at a cabin in Western Maryland for my birthday celebration with 8 drunk friends, at a noisy coffee shop, and a number of other places.

But what I’ve learned is that the perfect writing environment is not a place or a software. It’s a mindset. It’s the mindset that I’m no longer going to make excuses and that I’m going to sit down and write with the tools I have in the place I am.

Excuses are the bane of your existence

If you want to write a novel in 30 days or less, you’ve got to stop making excuses.

We can say we don’t have time or that there are things in the way. Believe me, I’ve done it. I even did it this year in the midst of writing. But what it boils down to is that we’re avoiding the fact that we CAN do this.

We want to avoid the hard work or we start to let fear shake our confidence. So we throw our hands up in the air then point our fingers. We like to blame everything else but ourselves.

The truth is: we’re all capable of writing that novel. We’ve just got to stop making all the excuses and get to work. We’ve got to stop thinking so hard and just write!

Deadlines will save your life

The best part of NaNoWriMo was having a clear and precise deadline. 50,000 words by November 30th. Great!

Use this deadline to your advantage. It’s a goal someone else set for you. Disassociate yourself with it. Just get those 1,666 words in each day and you’re golden.

Split that into three writing sessions per day and it’s only 556 words per session. That’s an easy hour of writing a piece.

So here’s your deadline: 556 words three times a day for 30 days. Write in the morning before work, write for a little bit after dinner time, and write before you tuck yourself into bed at night. On the weekends double up and get your writing done.

Forget about the word count

It’s a good starting point but don’t let it define your writing or your story. If you fall short but you have a well-written completed manuscript, good! If you hit the goal but have more writing to do after, so be it! You have the rest of the year.

And if you just got started, maybe wrote a thousand or ten thousand words over the course of November, awesome! At least you got started on something. That’s better than having nothing to show at all.

NaNoWriMo is about having fun and being part of a community of creatures that are usually hidden in dark cavelike solitude.

With that kind of attitude you’re more likely to write something worth reading. Plus, not thinking about the 50,000 and just getting the writing done each day will contribute to your success as a NaNoWriMo winner. Being fixated on that gargantuan number just makes a mountain out of a molehill.

Forget about it and write!