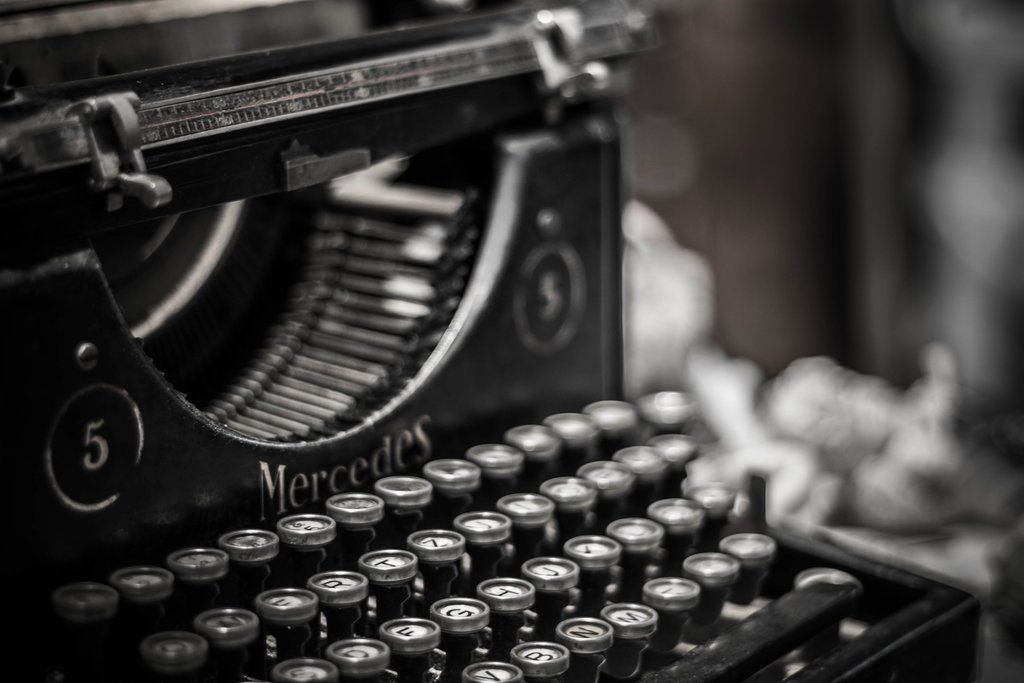 What I Learned While Writing My First Novel

About two weeks ago I finished my first novel, currently entitled The Worst Form of Violence. I’ve started quite a few novels and I have about a million ideas for others, but I thought this one was something special and I had a lot of encouragement from my fiancé. So I stuck with it and put all my effort into the project.

There were times when it was hard. Weeks where I put it aside, worked on other projects, and tried to put it out of my mind. It never went away. Constantly a burning reminder that I had something big, something important, something dear to me—no matter how much I hated it at the moment—was waiting for me to tend to and grow and spend time with.

So, late last year I decided no more messing around. I made writing my novel a habit. Every day at 5:30am I’d wake up, get a shower, then write an hour before work. The shower was the perfect place to think about what I’d write once I plopped down in front of the computer and those quiet morning hours were the perfect time to focus.

It worked. I was able to get through the last 50% of my novel in less than six months. It was a great accomplishment considering the first 50% took a little over a year.

Now that I’ve finalized the edits and have a solid manuscript in my hand, I want to set the project aside for a minute and reflect. I’ve learned a lot while writing this thing and I think others who are working on getting a big project completed could benefit from my own journey, especially if that big project is a novel or some other form of narrative.

There’s a certain sentiment that when you complete something like a novel, you’ll have a huge weight lifted off your shoulders. You’ll sit back with a sigh of relief, take a sip of tea, and relax. It’s not true. I had to rewrite the first five chapters and do some serious edits to chapters six through ten. Even after all that it wasn’t complete. Now comes the querying if you’re going the traditional route, or formatting and designing if you’re going with self-publishing. Then comes marketing and—more importantly—selling, both of which never end.

I came to the end of my second edits and felt that there should be something else. That it wasn’t perfect, that it needed more work, that there were holes that needed filling. There probably are. An editor will most certainly tell me there are things wrong with it that need tweaking. My first round of beta testers (a.k.a. friends and family) are definitely going to point out flaws.

But even after everything’s wrapped up, nicely packaged, and in the hands of readers at large, I’m not going to feel like it’s completed. Hell, Stephen King revised The Stand after 20-something years. George Lucas updated his original Star Wars Triology. No artist ever feels the work for one project is done.

At some point, though, we need to let go. There is more work to be done and once this project is out in the world, I’ll have to just let it be so I can get the next one started.

The old axiom, less is more, is a good one to follow.

I wrote approximately 80,000 words for my novel. This includes things like character sketches, location studies, and dialogues irrelevant to the actual storyline. I didn’t know they were character sketches, location studies, and irrelevant ramblings at the time, so I wrote them anyway. I thought they’d be integral parts of the story.

Turns out a lot of what you write the first time around is just a brain splurge. You’re trying to get everything and anything out that helps you place yourself into your story’s universe. I realized as I was reading through it that much of it was wrong, or that it was fluff. So I mercilessly cut.

I wanted to get to the meat and bones of the story. I wanted to present something to my readers that kept going and didn’t bore them with unnecessary filler. I knew this was the best way to get my message across. So I stripped the story down to its essentials.

After 13,000 slain words and a lot of reworking I had something that moved at a good pace and said exactly (well, not exactly… remember, it’s never done, never perfect)—said almost exactly what I wanted it to.

This discouraged me at first. There were lots of good parts I had to get rid of, lots of good dialogue and funny or meaningful moments. But they didn’t help the story and so they didn’t need to exist within the story.

The benefit of these 13,000 words just lying around, outside the novel, is that I now have valuable marketing materials. I can plunder that graveyard at anytime and repurpose those sections as short stories to promote my novel or provide my readers with more insight into my novel’s world.

Less is more is also useful in another context. I would have never completed my novel if I didn’t use the none-zero formula. Every morning I woke up and wrote. Some days I wrote two words. Some days I wrote 1,000. As long as I wrote or edited something, I was happy. It meant I was making progress.

Of course I didn’t entirely take this advice for my first novel. I was working on other stuff, learning new skills, getting a new job. Lots of things come up and 250 words every day isn’t always possible (well, it is, but sometimes we don’t prioritize it).

The point is that you don’t have to do a lot everyday to make a big impact over time. But if you do nothing, nothing will ever be completed, you will get nowhere, and you will spend your days aspiring to be something you never can be. And you’ll feel like a fraud and failure because of it.

So less is more. Doesn’t matter how much you do, do a little and big things will happen. When it’s done, be merciless and get to the point.

It’s not as difficult as it seems.

Writing a novel isn’t as difficult as it seems. Less is more and the none-zero principle play directly into this. Given the time and commitment, anyone can write a book on something. And I think everyone I’ve talked to has some form of story or expertise or something that they’d like to share with the world. In fact most people plain out say it: “I could do that. I could write a book.”

So do it! Especially if you aspire to. You just have to put the work in. Which leads to another thing I learned…

And sometimes writer’s block—or what I like to call FEAR—sets in. Your little voice (the same voice Elizabeth Gilbert talks about in her brilliant TED Talk, “Your Elusive Creative Genius”) tells you you’re not good enough, or that people aren’t going to read it, or that it’s a waste of time. Then you’re paralyzed.

But guess what? That voice is wrong. You have to be uncomfortable and find confidence to keep working on it, even if it hurts, even while that little voice beats the shit out of you (not to mention the people who scowl at the fact that you’re an aspiring creative). Otherwise you’ve forsaken yourself. If this is your passion and your aspiration, you’ll never be happy till it’s done (or until you let it out into the world because, like I said, to you it’ll never be done).

Don’t believe what they say: there IS a certain magic involved.

The final thing I’ve learned is that what people say about authorship is wrong. So many attack the Writer as a mythic being, they say writing isn’t magic. Sure, I get that this is bred of good intentions. Writing is working hard and being persistent and consistent. Nontheless there IS a certain magic involved in writing.

To begin with, humans are one of the few species that takes the tools we build and use them for non-practical applications like art, writing, and music. That’s a magic in itself. We talk of notions like the spirit and soul, and say we can improve upon these through creative acts. We have the idea that we need to shape our aesthetic senses and convey ideas through lies or false representations of the world.

It’s a strange form of communication, like when you learn another language, go to another country and just don’t get sarcasm. What’s being communicated isn’t truth, and yet natives get the truth behind what’s actually being conveyed.

Then they use this same trickery on others. They go and talk about their work. And they lie to others (they have to, because that voice is still telling them that the work isn’t entirely valid) and they tell them they’re confident in it, that it’s a great read. And so others pick up on this confidence, and others like the words the writer is using to describe the book, so they pick it up and read it.

This is the most important thing I’ve learned about writing: that it’s magic. That it can inspire and destroy a person. That it’s both difficult and easy. That the keystrokes and penmarks are meaningless, but what they represent are most certainly not.

Through this magic, I can now call myself a novelist. Not yet a published novelist, not yet a read novelist, and most certainly not yet a paid novelist. But this is the first step and I’ve learned a lot through the process. I hope what I’ve shared here is useful to someone else out there, pounding away at the typewriter working on their own first novel, or a painter seeking gallery recognition, or even a programming working on their first video game.

It’s not easy, but it’s not hard. It’s a lonely business too. And yet it connects us all and inspires action in the world. So keep at it and stay confident!